My WDYTYA Episode - The Bullock Family Land Records and Deeds 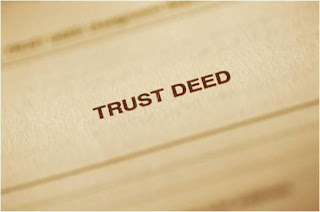 Sometimes genealogical information can be found in records and deeds related to property. This is the case in the December 1, 1928 deed of the Bullock family where Uncle Andy B. and his siblings deeded their share of the property they inherited from their father, Andrew (Sr.), to their mother, Luvenia. The property in question in this deed was 80 acres of land located in the Nutbush township of Vance County, NC. The deed also gave a death year for Grandpa Andrew (Sr.) and I was able to locate his death certificate which indicated that he died on March 15, 1915 in Vance County, NC.

WITNESSTH: That Whereas heretofore in the year if 1915, Andrew Bullock departed this life, intestate, seized, and possessed, of the hereinafter described real property, and left surviving him his widow, Luvenia Bullock, the grantee herein named and children . . .

I also learned from this deed where Uncle Andy B. was living in 1928 and that he had married by this time. This apparently was a first marriage, because by the time he died in 1972, he had another wife.

Email ThisBlogThis!Share to TwitterShare to FacebookShare to Pinterest
Labels: Bullock, Land Records, Uncle Andrew Bullock, Who Do You Think You Are?

Dru, What does the 1920 census say? If he is listed as married, then your search need only be for a few years. Just a thought.