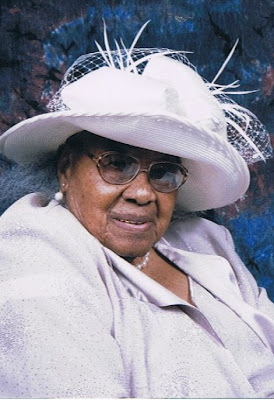 Happy 101st Birthday to my Aunt Della Moore Richardson. I am so glad that I've gotten to know her over the years. I did not meet her until the mid 1990s. She is a great storyteller and has provided rich nuggets of oral hisory on my paternal ancestry. Read more about Aunt Della, (click here)
Posted by Professor Dru at 4:46 AM 6 comments: 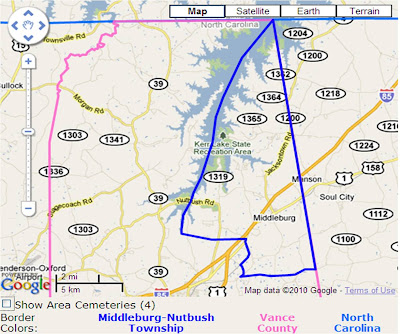 Nutbush and Middleburg townships are now combined in present day Vance County, NC. Somewhere in the water lies the lands of my ancestors and many others of this region who were affected by the 1950s Kerr Lake/Buggs Island Dam Project.
Early this morning I was doing some research on the Kerr Lake area in Vance County, NC where some of my ancestors lived. During the 1950s, the United States Government took either all or portions of lands of residents of this region to build the Kerr Lake Dam. This region included counties in Virginia like Mecklenberg and others in North Carolina like Vance, Warren, Granville counties. In Virginia, this Dam is called "Buggs Island" rather than "Kerr Lake." All of the land of my great-great grandmother Luvenia Jeffress Bullock (1864-1951) was taken during this land confiscation by eminent domain by the United States Government. Grandma Ven had inherited 80 acres of land in the Nutbush township (Bullocksville Park) area of Vance County after the death of her husband Andrew Bullock (1862-1915). There are records in the Register of Deeds Office in Vance County which describe the properties that were taken by the government for the Kerr Lake Dam. I’ve had copies of these documents for numerous years, but only recently began analyzing the data using Microsoft Access, a database software.


Along with my data analysis, I am also studying various maps of the Kerr Lake area, both online and paper-based. Through an Internet search this morning, I discovered a great website called
Posted by Professor Dru at 1:58 PM 3 comments: