I am pleased to announce my new blog entitled "Let Freedom Ring!" As mentioned in a previous blog posting, I have developed an interest in reseaching the Civil War Era. After much contemplation, I decided to create a new blog to explore this interest.
Posted by Professor Dru at 2:44 PM No comments:

The Origins of My Civil War Research Interest

I never imagined in my all of my 16 years of doing genealogy research that I would ever become seriously interested in researching military, soldiers, and matters related to war. But since late 2009, I've been hooked on studying the Civil War. Now I’m even researching a regiment of the United States Colored Troops who organized in 1863 in Camp Hamilton in Hampton, VA in the present day area where Hampton University is now located.

It all began after I became interested in researching the life of James A. Fields, a former slave who escaped from slavery during the Civil War from Hanover County, VA and became a guide for the Union Army during the war. After the war, Fields was part of the first graduating class of Hampton Normal and Agricultural School (now Hampton University) in 1871. He taught in the counties of Elizabeth City and James City for numerous years. Later, he became the first black judicial officer in Warwick County (now Newport News). In 1881, Fields graduated from the School of Law of Howard University in Washington, D.C. Beginning in the year 1897, Mr. Fields used his property at 617-27th Street as his law office and primary residence until his death in 1903.

A few months before his death in August 2007, Gregory Cherry, owner of the historic James A. Fields House in Newport News, VA spoke to my genealogy society about the this historic house and his work in acquiring and restoring the house. I knew right then that I needed to get involved with the Fields House and even mentioned this to Greg after his presentation. I had good intentions when I met him, but did not initiate anything at that time. I did not give any serious thought to getting involved with the Fields House until I learned that Greg Cherry had passed away on August 8, 2007.

As fate would have it, I would meet Greg's wife, Saundra, the following year and she would become a constant part of my life. During our conversations, she would mention the Fields House and the work she was continuing that had been started by her late husband. One of the projects she talked about was about creating a family tree of the descendants of the Fields Family. Eventually, I offered to type up the tree in a genealogy program. Saundra had drawn a family tree on a large roll of paper that is the length and size of a roll of gift wrapping paper.

On a Friday evening after work in October 2009, I decided to begin typing the Fields Family Tree. This was the commitment to get involved with the Fields House that I had promised Greg Cherry more than two years earlier. I thought that it would take me longer to complete this task, but I actually finished the project that night. As I studied the names on this family tree, in particularly James A. Fields, his siblings, and parents, I longed to know more about this family. A few brief Internet searches gave me some initial info on Mr. Fields and his historic house.

A second way of honoring the commitment I had made to get involved with the Fields House was by creating a James A. Fields House blog in November 2009.

Thus began my interest in researching the Civil War era and the Fields family. It has been quite a journey and research of this family has taken me into so many different documents and resources in which I never had a reason to use in researching my own family. My research journey and findings will be discussed in future blog postings.
Posted by Professor Dru at 8:00 AM 2 comments:

Hope that all of you out there have either begun various forms of genealogy educaton or are making plans to do so throughout the year.

Angela Walton-Raji did a great job in this video in her discussion about various genealogy educational opportunities. 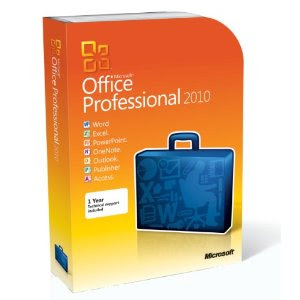 One way to update your skills in using Microsoft Office software packages is by investing time to take the Free Microsoft Office Software Training tutorials. An updating of software skills will help genealogists to more effectively process the numerous genealogy data we all have accumulated. These tutorials include various skill levels ranginb from beginning to advanced. Tutorials include reading, demos, self-paced training with audio instructions, and quick reference sheets. Tutorials are available in versions 2003, 2007, and 2010 for Microsoft Office.
Posted by Professor Dru at 6:00 AM 1 comment:

Hewlett-Packard offers free technology online courses. I first discovered these courses several years ago through an online genealogy friend. At that time, the courses were insructor-led for about four weeks or so and there was even a course on genealogy.

Courses or short training sessions are offered in six catagories:

BTW, I'm upgrading my software skills and am enrolled in the Microsoft Excel and PowerPoint 2010 courses.

Posted by Professor Dru at 5:45 AM No comments:

I know that everyone who has had DNA testing done in order to learn more about their family origins shares in the joy with the descendants of Dr. Martin Luther King, Jr. Listen to comments from Dr. King's son Martin, III, about his reactions to his family's DNA revelations.

Posted by Professor Dru at 3:35 PM No comments:

Thank You Dr. King For Changing My Family History Today, the nation celebrates the life and legacy of Dr. Martin Luther King (1929-1968), a man most remembered for his work in fighting for equal rights of African Americans, who were called Negro or colored during his lifetime.

Just one generation ago, during the early years of the lives of my parents, my family lived in a segregated society and had to endure things such as sitting in the back of the bus on public transportation, drinking from public water fountains marked for “colored only,” or going through the back door in a restaurant and not being able to sit inside to eat their meal. Schools for my parents and grandparent's generations were segregated and had out of date books and materials and second class school facilities.

But thanks to the work of people like Dr. Martin Luther King, Jr., and countless other unsung heroes, these things are no longer part of my family history. Today, on the 81st birthday of Dr. Martin Luther King, Jr., I reflect on his sacrifices and thank him for his leadership in the fight for Civil Rights so that my generation and others that follow are able to have a life of freedom and equality, thereby changing the course of our family histories.

Learn more about the life and legacy of Dr. Martin Luther King, Jr. by visiting the website of The King Center. Also read other tributes to Dr. King from other genealogy bloggers, Remembering Dr. King.

Everyday Life During the Civil War

One helpful book that can be used to learn more about Civil War era customs and daily life is entitled “Everyday Life During the Civil War, A Guide for Writers, Students, and Historians” by Michael J. Varhola, ISBN #1582973377. I’ve had this book in my personal library for several years. This book includes information on the following topics during the Civil War.

You can also take a peek inside this book on a website such as Amazon.com.

Note: I learned yesterday that a new edition of this book will be available next month. Click here to preview.

My Favorite Blog Postings for 2010

Happy New Year to Everyone! As I begin another new year of genealogy and blogging, I reflect on the past year. Although I did not blog as often in 2010 (76 postings) as I did in 2009 (104 postings) and 2009 (168 postings), the year was still a blogging and genealogy success. Below are my top six favorite blog posting topics for 2010.