I recently learned about a site called Yodio where you can record audio by phone and incorporate it with photos to make a video.

I did not type out a script for my audio, but instead looked at the photo on my computer screen as I recorded my thoughts about it on the telephone.

This is my first attempt in trying out this product and I look forward to using it more to make videos.

Email ThisBlogThis!Share to TwitterShare to FacebookShare to Pinterest
Labels: Technology-Yodio

Episode 1 of Who Do You Think you Are? Sarah Jessica Parker 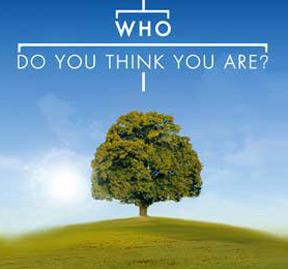 I was excited to see the show “Who Do You Think you Are (WDYTYA)? While watching the show, I participated in an online discussion about the show with a group of genealogists from the Afrigeneas Chat . This made the viewing even more exciting as we typed our reactions to what we were seeing on our televisions. It was my first time doing online chatting and watching a television show simultaneously.

Today, I spent the day reading and posting comments on social networking sites such as Facebook and Twitter as well on blogs such as the ones listed below. I even took a poll about the show sponsored by genealogist Megan Smolenyak on Facebook.

What I Liked About WDYTYA
I liked the format of the show which focuses on one person per episode and shows their journey and process of discovering their roots. It was clear from this show that not everything is found online and they did a great job showing the various places from where Sarah Jessica Parker obtained family information. I also liked that various historical documents were shown throughout the show and numerous genealogy and research specialists were consulted.

Some genealogists were irritated by all of the recaps throughout the show, but I liked it. Perhaps one reason is because I am an Educator and recapping and review go with the territory of teaching and learning. I also thought that the recaps were good for people who did not understand the research process. Since I was tired during this viewing because of a long work week, the recaps were even good for me so that I could concentrate and follow the journey along even though my mind and body were tired.

Many people have commented about the way that Sarah Jessica Parker reacted to her family's researching findings and some of even accused her of “acting”. I don't think she was acting, I think this may be part of her normal reactions to things. I know people who respond to exciting things just as enthusiastically as Sarah did in this episode. Perhaps to some the reactions of these types of people are annoying, but we have to understand that this is part of the way they are, and therefore accept this habit of this person.

I'm sure that in the upcoming episodes we will see different types of responses to the new family information learned by these celebrities. At the end of the seven episodes, it would be interesting to do a comparison of these various types of responses.

What I Disliked About WDYTYA
While I liked the showing of the original documents in the Massachusetts repository, I though that both Sarah and the Librarian should have been wearing gloves and that the pencil should not have used as a pointer to such a valuable document. I also thought it was unrealistic for Sarah to be shown sitting in a repository alone while waiting for a document. Why wasn’t the local genealogy society contacted to serve as extras in this scene? This group would have not needed any training on how to act like a researcher and I’m sure that they would have honored to play the roles.

Future Postings Related to WDYTYA
I have a lot more to say about various aspects of this show, but will post these thoughts in future postings within the next few days.

Email ThisBlogThis!Share to TwitterShare to FacebookShare to Pinterest
Labels: Sarah Jessica Parker, Who Do You Think You Are?

Who Do You Think You Are?

I am very much looking forward to watch the series on “Who Do You Think You Are?” which will begin this Friday night on NBC. This show is based on the British Show with the same name. As a genealogist and family historian, I am extremely pleased that a national television network is broadcasting a genealogy-related show. I hope that these shows will inspire many people, both celebrity and non-celebrity, to trace their family histories.


The upcoming shows will feature the stories and journeys of the seven celebrities listed below.
The previews of these shows look quite good and I will comment about each episode for the next seven Saturdays, beginning March 6th. I hope that other geneabloggers will also join me in commenting about these seven episodes on their blogs.
Posted by Professor Dru at 4:48 AM 1 comment:

Email ThisBlogThis!Share to TwitterShare to FacebookShare to Pinterest
Labels: Who Do You Think You Are?
Newer Posts Older Posts Home
Subscribe to: Posts (Atom)