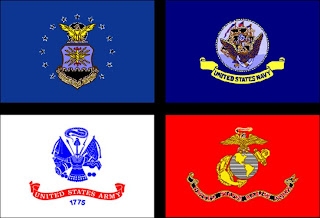 The Veterans History Project (VHP) is designed to collect and preserve remembrances of American War veterans and civilian workers who supported them. This initiative of the United States Congress was created in t he year 2000 as part of the American Folklife Center at the Library of Congress. The VHP project collects remembrances of veterans who served in the following six wars:

The Veterans History Project memories are archived in the American Folklife Center of the Library of Congress for use by researchers. The project collection consists of donated items such as first-hand oral histories, memoirs, photographs, letters, diaries, official separation documents (DD-214, etc.) and other historical documents from World War I through current conflicts. Project items such as interviews are conducted and submitted by volunteers who work individually or as part of a group or organization.

Posted by Professor Dru at 6:25 PM

Email ThisBlogThis!Share to TwitterShare to FacebookShare to Pinterest
Labels: Military