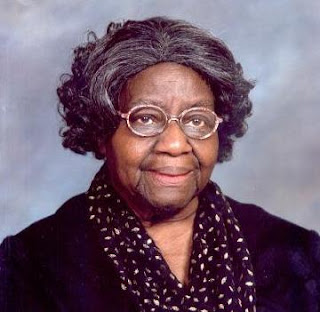 
Most of the lives of my three sisters and I were spent living with our maternal grandparents, Minor Thornton (1913-1979) and Emma Johnson Thornton (1922- ). Our grandfather died when we were teenagers. When I think of my grandmother’s hands, I think of her cooking during my childhood and early adult life and making homemade biscuits.

Growing up with our grandparents, my sisters and I never starved; we did not always have what we wanted to eat, but as long as there was a little flour in the house and some cooking grease, we would have a meal such of biscuits and gravy. Both of my maternal grandparents were from North Carolina and grew up on farms. They were from the depression era generation that knew how to take a little bit and make much.

Homemade Biscuits
Self-rising flour, water, and lard were the only ingredients that Grandma used to make homemade biscuits during my childhood in the 1970s and 1980s. During those days, my family would buy the big red plastic container of lard (probably about 5-10 lbs.) Grandma never used measuring cups to measure stuff, she only used these cups as a scoop. Grandma would mix her ingredients together until they became a big ball of dough. Perhaps it was the way that the dough felt to her hands that signaled to her that it was fully mixed and kneaded and ready for shaping into biscuits.

Then she would pinch off a wad of dough and begin shaping it into a round biscuit with her hands and fingers. Grandma never used a biscuit cutter to my knowledge and her biscuits always came out fluffy, round, and pretty. In my memory, I can still see her hands and fingers moving to shape the biscuits. Oh how I wish I had a video of this memory. Grandma’s mother Bell is remembered for her mouth watering biscuits. I assume that Grandma learned this skill from her mother.

During my youth, I followed Grandma’s biscuit recipe, but my so-called biscuits were more of a weapon or something to break your tooth rather than for eating. I’m still not sure to this day why mine never came out like hers.

We ate homemade biscuits often especially before my grandfather died in August 1979. Sometimes the biscuits themselves could be meal or a snack. Granddaddy liked to dip his in coffee or break them up in a bowl of stewed tomatoes. At times, he would also add other things such as molasses, jelly, butter, or Karo syrup to the biscuits. I believe that Karo syrup came in both a dark color and a clear color. I think that we used whichever of these were in our refrigerator. Karo syrup is also used to cook candied yams, but this makes a great additive to a hot biscuit. I never tried the coffee thing with biscuits, but I did eat them in stewed tomatoes or either with the other butter, jelly, or syrup additives. The best time to eat these biscuit was when they were hot out the oven. There were no microwaves back then, and if small toaster ovens were available at that time, my family did not own one.

I cannot remember the last time that Grandma made biscuits. During my fairly recent adult years, I have asked her to fix some biscuits, but her excuses are that she does not remember how to do this and that her hands are not like they used to be.

Wow did this post bring back memories for me. My great-grandmother had a great "biscuit hand" as we called it. No measurements and just the basics (but being up North we didn't know from self-rising flour - so it was flour, salt and baking powder).

Her trick: don't overmix the dough. She always said that if you wonder if you overmixed you probably did and this made for tough biscuits. Someone with a good biscuit hand knows when to stop before they even need to think about it.

Homemade biscuits, yummy! You said it right when you said straight out of the oven. Wonderful story ProfessorDru

This to brought memories from my childhood to young adult, but it was my mother making the biscuits and the recipe was the same but she used a jar or a can to cut hers out. And boy were they light and fluffy.

I cannot also remember my older sister trying to make biscuits with my mother right there telling her what to do, and they still came out hard (not sure about the weapon but possible).

My younger sister and I also did the recipe and they were pretty good and spoken from the mouth of mom.

Thanks for the memory!!!

Yum, makes me think of my grandmother's biscuits. My mom used the biscuit tubes from the store, but she also made "drop biscuits" - texture not as light, but very substantial! And I believe you are correct about the light and dark Karo syrup (which played a big role in my childhood).

Wonderful memory. I don't remember much of my grandmother's cooking but her wonderful talent lives on in my mother and aunts. Thanks for sharing the memory of your grandmother's biscuits.

What a great memory maker. I don't recall biscuits made by any of my grandmothers but but I do recall catfish, onions and potatos. My wife tried her hardest but to no avail.

Thanks for the memory.

Such a wonderful memory!! Reminds me of my paternal grandmother Lily in the kitchen making Homemade Chicken and Dumplings. i can taste them now with those Homemade Biscuits! Thanks for Sharing!

I love a great biscuit, and it seems your grandmother made some pretty good ones. Brings back memories. My grandmother made good biscuits with about the same ingredients. Thanks for sharing this wonderful memory with the CoAAG.

I can almost taste those biscuits!

But I think I don't have a biscuit hand. I love to make fresh bread, great cornbread, but biscuits?

You could break a window with them! Your grandma would run me outta of the kitchen with her rolling pin.

What a wonderful post. Thanks for sharing your memories.

Oh, the memories of awakening Saturday Mornings to the homemade biscuits, sausage patties & homemade syrup that my mother cooked! Jeez, I can almost taste them!

I had to chuckle after reading this. One of the things I've done while social distancing during COVID-19 was to learn to make biscuits! I've never made one in my life. Like your grandmother, my mom and all the old folks made it look so easy! But I'm having a heck of time. Just this morning I tried yet again to make biscuits. Trial and error I suppose. Found a 3 ingredient recipe on Pinterest: self rising flour, butter milk and butter (trying my best not to use the Crisco one recipe suggested). Switched to a White Lily Flour, made sure all ingredients were cold. Result: Better but I need your grandma's hands! Something happens after I put it altogether and try to get my dough right! Thanks so much for sharing though. I enjoyed the journey back with you!