The Death of Ottoway Bullock

Ottoway Bullock, who was born February 1832, was the father of my great great grandfather Andrew Bullock (1862-1915). Through searching the marriage licenses of Andrew’s brothers Oscar and Nathan, I have been able to determine that Ottoway Bullock died sometime between March 1906 and December 1907. 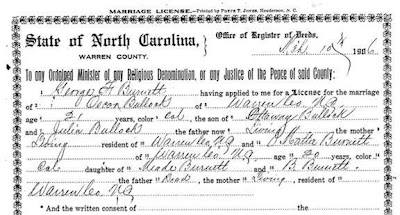 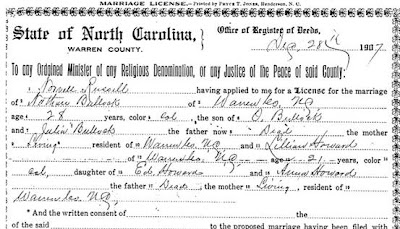 Posted by Professor Dru at 8:07 AM

Also one must consider the possibility and, in some cases, the probality of mistakes made when information is (was) entered on the official documents. For example, on my official birth certificate, my middle name is mispelled along with my father's middle name. I have seen marriage certificates that have errors in the ages of the bride and/or groom, errors in the notations of witnesses, and so on.

I am a great granddaughter of Oscar and Mattie Bullock so it was exciting to find this information on my family.