On the Set of Another View 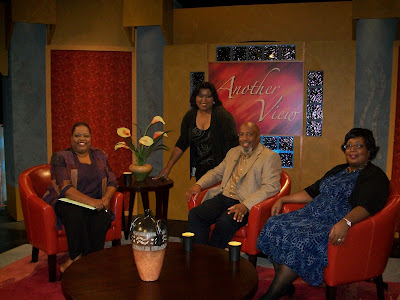 From left to right, Barbara Hamm Lee, Host; Lisa Godley, Reporter;
Nathan Richardson, Poet; and Drusilla Pair (me), Genealogist.
The day finally arrived for the taping of the show Another View in which I am a guest along with Poet Nathan Richardson. The experience was quite exciting and I'm still hyped. The taping began at 2:00 p.m. EST and went so fast that I couldn't believe it was over. It was a pleasure to meet the Host, Barbara Hamm Lee and Reporter, Lisa Godley of the show.

For more info about my appearance on this show, read the post, "Save the Link."
Posted by Professor Dru at 9:13 PM 7 comments: 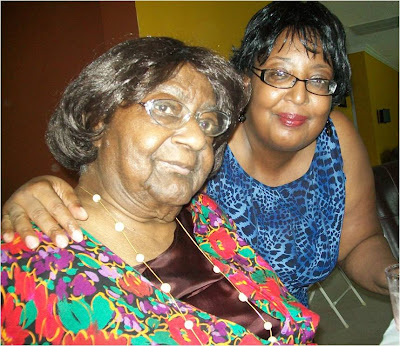 Here is a photo of me and my beloved
maternal grandmother, Emma.
Posted by Professor Dru at 6:58 AM 2 comments:

Email ThisBlogThis!Share to TwitterShare to FacebookShare to Pinterest
Labels: Grandmothers

The summary of the Another View TV show in which I will be a guest later this week is now on the show’s website. This is also the same URL where the streaming video will appear sometime after the airing of the show on Friday night, August 20th.

Last Friday night, the host Barbara Hamm Lee announced that the upcoming show would be about “Tracing Your Roots Through the Arts and Technology.” Today, the website of the show gives more details about what to expect in this Friday night’s show.

In case you missed my initial announcement about my TV appearance, you can read my posting entitled I’m Gonna Be on TV Again!!!!!!!!!!
Posted by Professor Dru at 12:46 PM No comments:

I am elated and honored to announce that I will be on TV again to discuss genealogy. The last time was in 2006 when I appeared in a segment about DNA on a local news channel. This interview was also about genealogy and my story was incorporated into part one of a two-part series about DNA. Through watching the entire segment, I learned about DNA for genealogical purposes and afterwards ordered my first DNA kit a few weeks after this segment aired.

This time, I will be a guest on a show called Another View. This opportunity is the result of an upcoming joint workshop I will be conducting with poet Nathan Richardson at a local festival on Saturday, September 11th. Nathan attended a genealogy workshop that I conducted this past June and during my presentation where he got the idea about joining forces to present a two-part workshop on oral history storytelling through poetry song and spirituality and genealogy. During that workshop in June, I mentioned the role of oral history in genealogy throughout the presentation.

And so on Thursday, August 19th, Nathan and I will be interviewed by Journalist and the show's host Barbara Hamm Lee. The interview will be aired on Friday night at 9:00 p.m. EST on our local PBS station, WHRO. It will also be available for viewing online sometime after it airs on TV.

I will post more about this television appearance and about the September workshop in future blog postings.

It is my pleasure to have this opportunity to present a workshop and to appear as a guest on the show Another View with Mr. Nathan Richardson, Poet, Author, Master of the Spoken Word and owner of Spiritual Concept Publishing.

Witness Nathan’s gift of the spoken word in action shown in the videos below.


The Age Every Girl Wants to Be 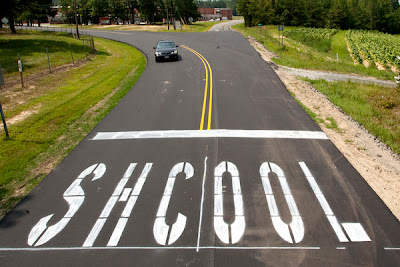